There are some misconceptions about Preshil... Preshil is not a ‘special school’; our curriculum follows that of any other academic, mainstream schools in literacy, mathematics, science, the arts, health and physical education, humanities, a second language and technology.

On Monday, Preshil was featured in a front page article about children moving schools.

One of our Arlington families was interviewed about the experience of moving to Preshil from another school in Grade Three, and the article featured a lovely photo of Audrey Royce and her mother Sophie Lyall. The move to Preshil has been a very positive one and could well have been the story of many other children who come to Preshil for its different educational philosophy, our approach to learning and the unique environment that deliberately invites children to explore and learn in ways that inspire and challenge them.

Families are attracted to Preshil for many different reasons. They are attracted to the school because they have some first hand knowledge of our alumni; individuals who have stood out with their stance on many important issues and their willingness to challenge, to create and to think independently. Not surprisingly these individuals flourish in tertiary education and in their adult lives. They are usually very keen to talk about the life-changing impact Preshil had on them as people.

Families often move to Preshil because their children have felt crushed and diminished by needing to conform, overwhelmed by the pressure to perform and compete in narrow areas of learning, keep up with a pace that rewards speed over depth and give up the interests and pursuits that inspire them to learn passionately and joyfully.

There are some misconceptions about Preshil… Preshil is not a ‘special school’; our curriculum follows that of any other academic, mainstream schools in literacy, mathematics, science, the arts, health and physical education, humanities, a second language and technology.

We offer many opportunities for choice, collaboration and active social interactions, so it is not a school that suits children who rely on predictability, rigid structures and rule based discipline. Our children are active, creative learners and they are not expected to work in silence. For these reasons the School is described as ‘alternative’.

In the version of The Age article I read online we were described as being influenced by Montessori, Steiner and Reggio Emilia. Preshil certainly has been influenced by all of these educational theorists, but has never been willing to harness itself into any one fixed school of thought.

Montessori is a method of education that is based on self-directed activity, hands-on learning and collaborative play. In Montessori classrooms children make creative choices in their learning, while the classroom and the teacher offer age-appropriate activities to guide the process. Children work in groups and individually to discover and explore knowledge of the world and to develop their maximum potential.

Steiner education emphasizes the role of imagination in learning, striving to integrate the intellectual, practical, and artistic development of pupils in an holistic manner.

The Reggio Emilia approach is a pedagogy described as student-centered and constructivist that utilizes self-directed, experiential learning in relationship-driven environments.

Preshil has obviously learned from and incorporated many of these elements, but has also always been open to change, adapt and learn from contemporary educational thinking; hence the term ‘progressive’ is more accurate than ‘alternative’.

The Age also recognized the influence of Sir Ken Robinson on Preshil, who has pointed to the complete mismatch of the standardised, factory model of current education and the needs of students about to enter contemporary society. He emphasises the primacy of nurturing creativity, which is so often destroyed during the years of schooling, reminding us that “Imagination is the source of all human achievement”.

And finally, Preshil was described as having been influenced by Professor John Hattie. I cannot think of a more fitting summary of what Preshil sets out to do than the quotation from educator Paul Brock, which Hattie chooses as his final words in Visible Learning:

“Therefore, not just as a professional educator, but as a Dad, I want all future teachers of my Sophie and Millie to abide by three fundamental principles that I believe should underpin teaching and learning in every public school.

First, to nurture and challenge my daughters’ intellectual and imaginative capacities way out to horizons unsullied by self-fulfilling minimalist expectations. Don’t patronize them with lowest-common-denominator blancmange masquerading as knowledge and learning; nor crush their love for learning through boring pedagogy. Don’t bludgeon them with mindless ‘busy work’ and limit the exploration of the world of evolving knowledge merely to the tyranny of repetitively churned-out recycled worksheets. Ensure that there is a legitimate progression of learning from one day, week, month, term and year to the next.

Second, to care for Sophie and Millie with humanity and sensitivity, as developing human beings worthy of being taught with genuine respect, enlightened discipline and imaginative flair.

And third, please strive to maximize their potential for later school life itself so that they can contribute to and enjoy the fruits of living within an Australian society that is fair, just, tolerant, honorable, knowledgeable, prosperous and happy.

When all is said and done, surely this is what every parent and every student should be able to expect of school education: not only as delivered within every public school in NSW, but within every school not only in Australia but throughout the entire world.”

That’s worth changing school for!

PrevPreviousProgressive Education… and green hair!
NextThe Secret is out on Bush KinderNext 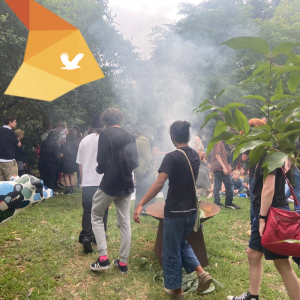