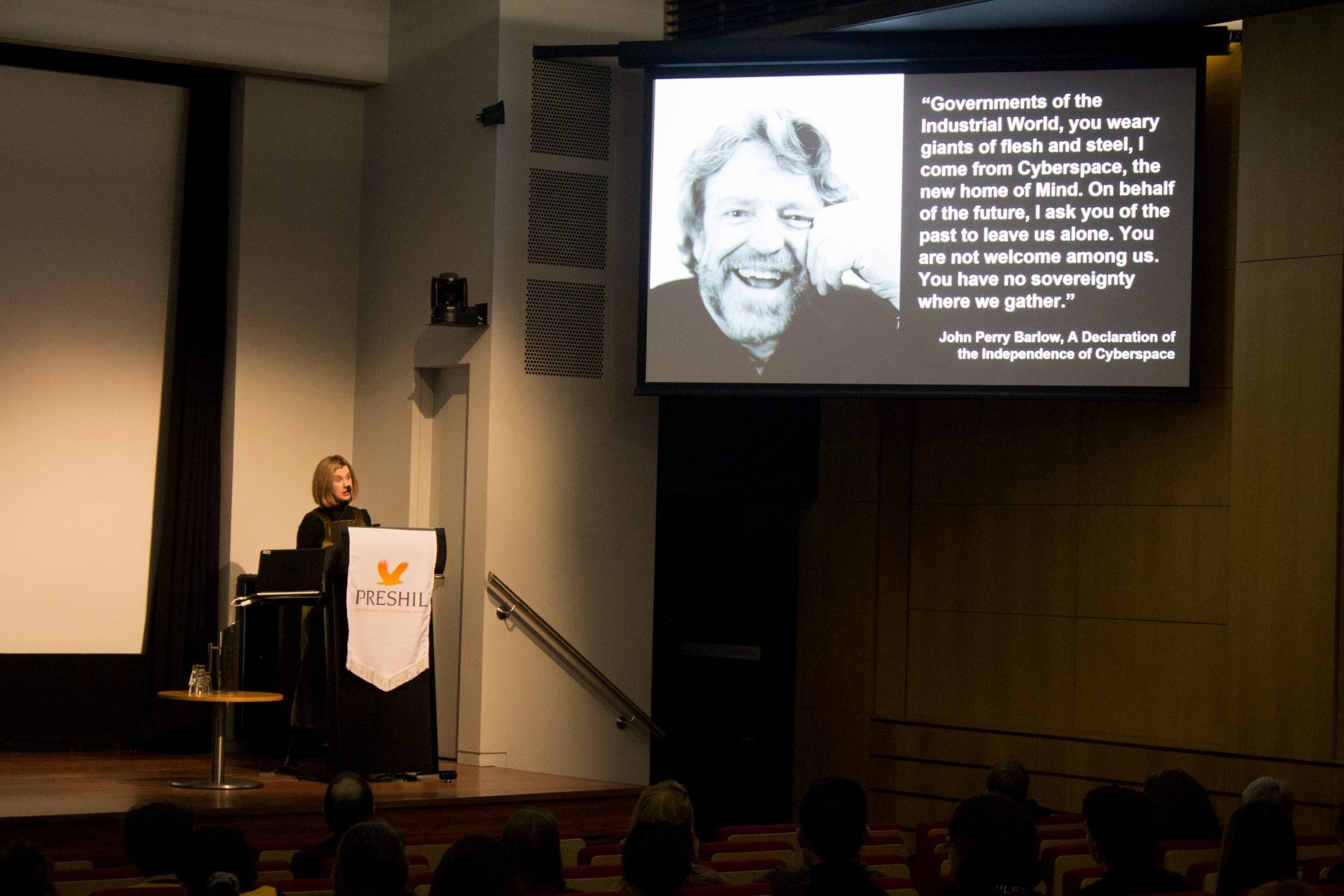 Philosophy as a call to action

Last Sunday the State Library was once again enlivened by the buzz of young philosophers as they engaged with an outstanding line up of speakers and with each other in ‘Communities of Inquiry’, facilitated by The Philosophy Club.

The themes of ‘Future Thinking’ and ‘Transhumanism’ were taken up in a number of scenarios and led to some troubling aspects of our society which remain covert and shrouded in comfortable assumptions.

The Preshil Philosophy Conference 2019 was, once again, an exhilarating and challenging experience and we are indebted to Lenny Robinson-McCarthy for her outstanding organisation of this event.

This year we introduced a Philosophy Writing Award as part of Preshil’s ongoing commitment to fostering excellence in philosophy for young people. Mia Christiansen, from Albert Park Secondary College, was the recipient for 2019 and we look forward to having this opportunity offered again for years to come.

The first conference took place in July 2014, with Professor Peter Singer, a member of the Preshil alumni, as our inaugural keynote speaker. Each conference since then has attracted an enthusiastic audience of senior philosophy students from across the state, their teachers and interested adults from the Preshil community and beyond.

One of the speakers at this year’s conference, Carley Tonoli, acknowledged that she was actually inspired by an earlier Preshil conference to base her PhD studies in philosophy, focusing on the ethics of emerging technologies, particularly as they apply to contemporary and future military strategies and engagements. Carley’s session was a very sobering discussion about an area of life with huge ethical implications for all of us.

This theme of the ethical implications of sophisticated future technologies was continued in the session presented by Professor Julian Savulescu. He explored this area of future thinking as applied to driverless cars and what ethical priorities would determine the ‘decisions’ these machines would automatically make. Recognising that the split second decisions humans already make in moments of crisis takes on a very different perspective when analysed and applied as a technological algorithm.

Preshil has long had a deep commitment to the teaching of Philosophy, from the earliest years of school to the senior years of VCE – and now as a part of the International Baccalaureate. We believe the world needs creative thinkers – people willing to challenge convention and to do things differently, to think critically and to make ethical judgements. Particularly now, as we face a rapidly changing global landscape, it’s imperative our children grow up with a curiosity about the world and have an appetite for independent learning and true moral agency.

Mindless compliance, conformity and passive obedience are no longer useful tools for learning, or for citizenship. The School’s motto “Courage” underpins our commitment to ensuring our students have the “Courage to Question”.

This motto was powerfully reflected by another speaker, Ellen Broad, who is currently Head of Technical Delivery, Consumer Data Standards for CSIRO’s Data61. She is an independent consultant on data sharing, open data and AI ethics and a member of the Australian government’s Data Advisory Council. In the context of the global explosion of data sharing and the imminent demise of privacy she finished her remarkable address with some deceptively simple advice:

This advice is a very powerful echo of the Preshil approach to learning for both children and adults; advice ever more crucial as technology takes us all into ever more seductive and unchartered ethical landscapes.

You can view the program from the day here.