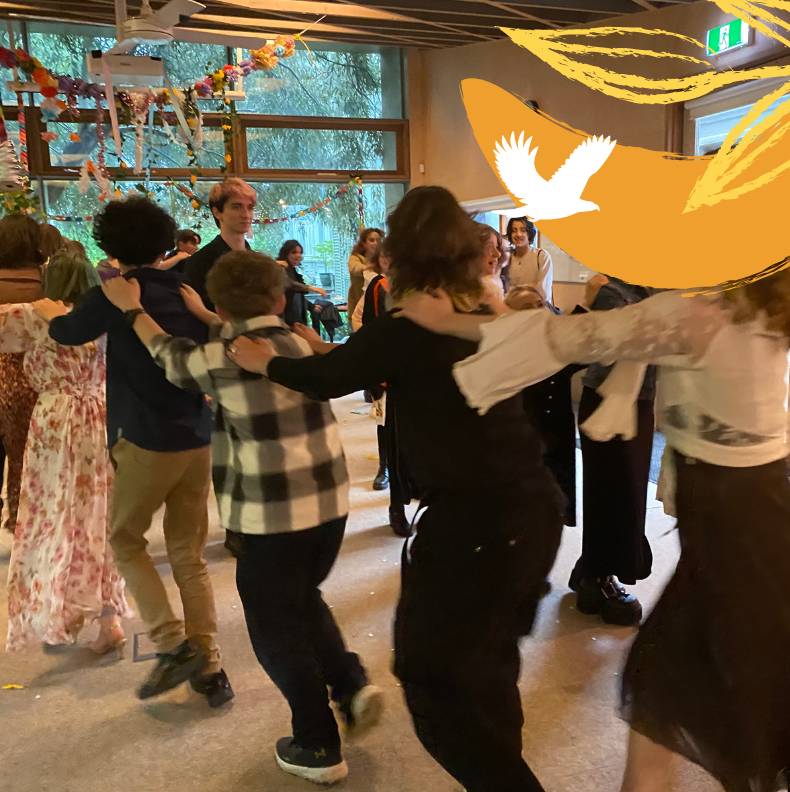 Through a chance discovery that ignited curiosity and a drive to for social action, Year 10 student Kiera rallied student support and organised an event that not only lifted spirits, brought students from many year levels together but also raised much-needed funds.

Through a chance discovery that ignited curiosity and a drive to for social action, Kiera (Year 10), rallied student support and organised an event that not only lifted spirits, brought students from many year levels together but also raised much-needed funds. The event raised over $2000 for the education of women in Afghanistan. Kiera explains how the event came about and her experience organising this huge undertaking.

I discovered the appalling lack of education for women in Afghanistan from an article I read in the Guardian. I felt so shocked and appalled about the situation and slightly ashamed that I’d had no idea that this was happening for so long. As someone who adores my education and access to learning I was heartbroken just imagine how these girls felt, being unable to attend school each day. We had discussed the idea of having different student presentations to inform the class about issues we were concerned about and open up discussion about real world issues in our forums, when we weren’t discussing other things. I felt that, as I knew nothing about the situation for so long, that it was possible my friends had no idea either and decided to create a presentation to inform everyone about it. We opened up the discussion about what school means to us and how we would feel if we were banned from going based on our gender.

Everyone in the class was so passionate about the issue that I felt we should do something with our energy. We began to plan a way to engage more students and raise funds to donate to the cause. This is how the idea of a school dance evolved and we set to planning in the Term 3 holidays. I think we all learned so much through the process of organising the event as it was something that none of us had really taken on before. We had to create a budget, appropriately market the event as well as acquire supplies for food, games and activities.

On the day of the event, after we had been setting up for over 2 hours, we were met with some terrible weather, which led us to have to relocate inside. Though this was difficult ( and quite stressful) to do so late, it was so special to see everyone band together to make the library look beautiful. In fact, as we danced in the warm glow of the fairy lights hanging from the library ceilings, I realised I couldn’t imagine it anywhere else. We made a conga line and did the macarena, played musical statues, had dance battles and duets and overall it was such a good time. I thoroughly enjoyed the opportunity to engage with the younger year levels and get to know some new faces. It was so beautiful to watch as some more shy students became comfortable and showed off their moves. Everyone was so loving and so we easily created a safe space where everyone was able to freely enjoy the fun. I think that is what made the night so special.

Though there were definitely some planning errors and opportunities to learn for us as organisers, I thought the night was extremely successful and I don’t think I will ever forget it. Aside from the social success, we were also able to reach our funds goal which we are ecstatic about! We are so grateful to everyone who helped out and showed up to make it such a great evening.

Year 10 student Manny describes his experience organising this event:
Last term, Kiki gave a highly informative, yet disconcerting presentation on how girls are being blatantly deprived of their education in Afghanistan. Afterwards, she shared her intention to hold a formal dance to raise money for these victims of the Taliban’s misogynistic, arhaic educational ban. I’ve always valued my education immensely and therefore felt it my duty to help out with this wonderful initiative. Subsequently, we spent hours of planning, organising logistics with the school and communicating the message to multiple year levels so that as many people could attend as possible.

Our dedication paid off when over 60 tickets had been purchased, far beyond our expectations! Not only did we raise $1500, enough to fully nourish and enrol three Afghan Girls in schooling for a year, but the event was tremendously fun in itself. Students, teachers and parents alike all showed off their moves on the dance floor. It was a truly spectacular occasion!

Upon reflection, I believe that our dance is a testament to how a small group of teenagers with a great idea can create overwhelmingly positive change in the world. In Afghanistan, we’re witnessing an abject tragedy play out as we speak, a generation of young women with a wealth of potential, being repressed by a regime whose unjust impositions are built upon a series of dangerous distortions. I’m glad that I’ve played a part in somewhat alleviating these deplorable human conditions. Another insight I’d like to offer is how this event reflects the goodwill and compassion of our school community. Not only did people contribute to a righteous cause just by being there, but numerous people from years 7 to 10, helped for hours setting up the event when they didn’t have to. This widespread collaboration certainly heartened me, and has led me to the belief that students after us will follow in our footsteps and organise similar fundraisers to help those in need.

I’d like to thank Kiki, Stella, Issy and Arianna for working together tirelessly to make this happen, Josh and Karoline for facilitating the dance and all the teachers and parents who volunteered their time. We couldn’t have done this without any of you.

Arlington students, Leon, Mia and Piper, have been making waves at Preshil! Not just social and behavioural waves (in the way that we consider our waste) but also literal waves of soft plastic! 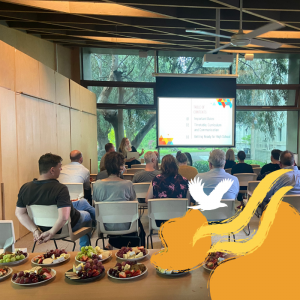 On Tuesday 7 November 2022, we were delighted to welcome our 2023 Year 7 parents back to Preshil for a special Information Evening!